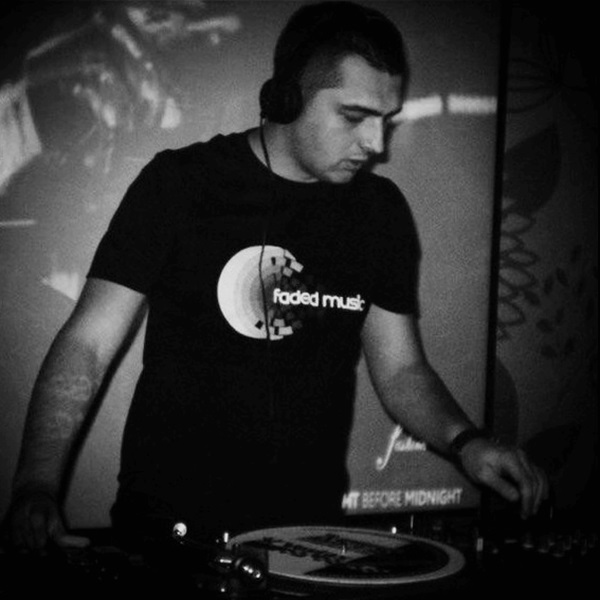 Blending live percussion, deep bass and darkness Fade has rapidly moved into the Drum & Bass scene over a short period of time. With remarkably deep and atmospheric tunes, Fade has become a favoured producer for many. His tunes have pulled airtime on many stations such as KISSFM Ukraine, BBC 1Xtra, Kane FM, Jungletrain.net and DNBTV just to name a few.

Releasing back in 2011 on Renegade Hardware, Fade’s prodigious output has seen him grace a staggering amount of established labels, including Technique, AudioPorn, IM:Ltd, Demand, Ingredients, DSCI4, Alphacut, Inneractive, Architecture Recordings, and many others.

He has also been extremely busy with his own output Faded Music, which has seen 28 releases with various up and coming producers and many of his own productions. Not only does he run his own label but also his own licencing company Faded Media which just shows what a multifaceted individual he is.

Fade was first invited to the AB camp in 2015 as we compiled our first ‘Rotation’ album, a various artists project that would include a variety of top notch productions from some of our favourite breakthrough artists within the scene. Fade delivered with a truly ground breaking track. ‘Danger’ received critical acclaim and was the perfect opener for this series. Busy writing new compositions every day from his hometown of Kiev in the Ukraine, expect to hear a lot more from this prolific producer on Addictive in the very near future.