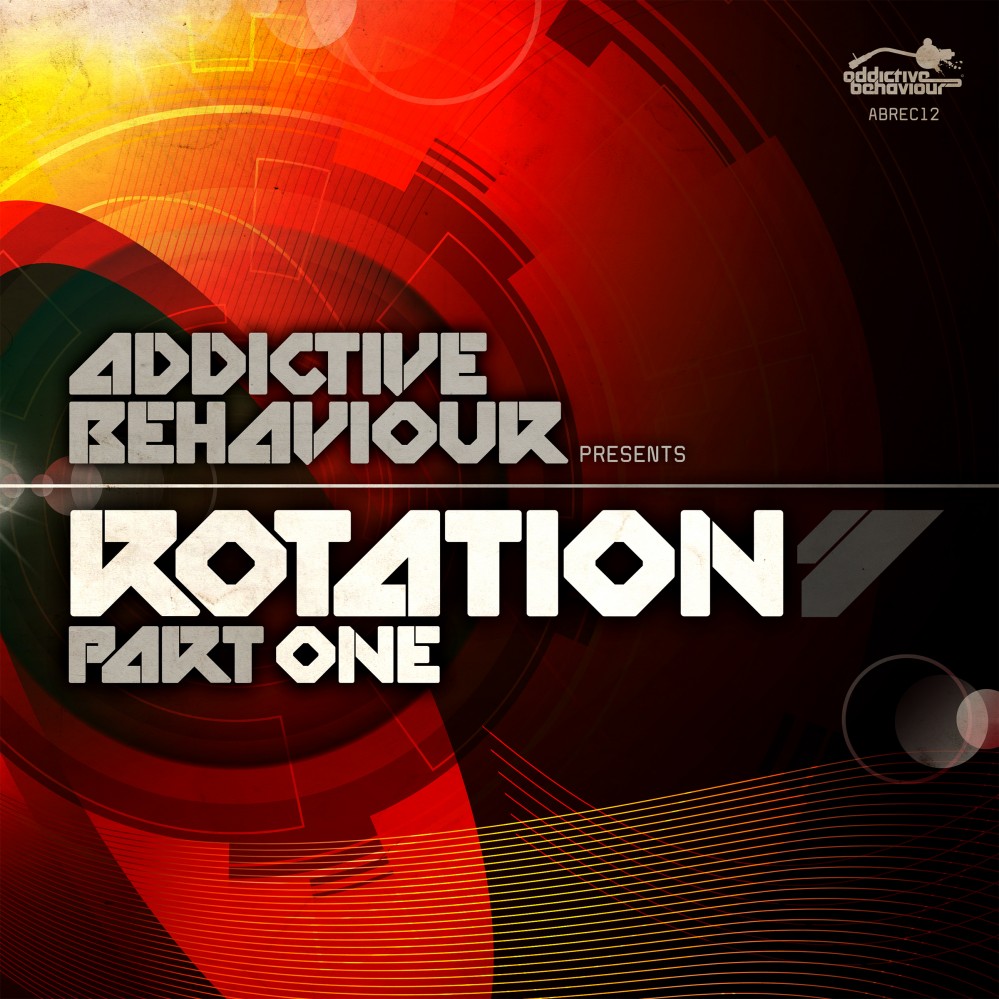 The next installment for Addictive Behaviour – Rotation, Part One. An 8 track digital bundle with contributions from artists located all over the globe demonstrating AB’s cosmopolitan approach, international reach and diversity, the album provides tracks covering many of the different flavors within DNB but all with one unifying theme ……. good quality music.

Young Brighton based producer Artifact shows off his production know how here with a smartly composed and nicely balanced track slotting in the twilight zone between light and heavy, some retro sounding 80’s synth squelches, tight beat sequencing and some half time switch ups thrown in too.

Nitri and Level 2 share button-pushing duties on this one with the delectable Hannah Eve adding a feminine touch laying down the vocals. Delicate pads, hefty warping sub bass laced with a minimal high hat and symbol driven beat, absorbing stuff.

From the urgency of the opening few bars you know this tracks going to drop hard and it does. A tidal wave of grinding bass, a barreling unorthodox drum pattern with a controlled avalanche of delicately chopped and polished amen breaks crashing in and spinning back out again. Guaranteed tear out vibes

With releases on Ram and collaborations with fellow countryman Eastcolours, Russian badboy Noel contributes with a crisply engineered and high quality piece of dark liquid. A Thudding kick drum with a whip-cracking snare alongside tough break chops, a big fat shadowy low end and deft synth hits with a nice little vocal to top it all off.

Screwball who some may better know as (Marek Szpak) one half of Polish production team Handra sts forward with solo effort The Monk. A rolling menace of a track, a dark brooding sub bass, push pull beats and sinister male vocal presented with the customary on point production values synonymous with Handra