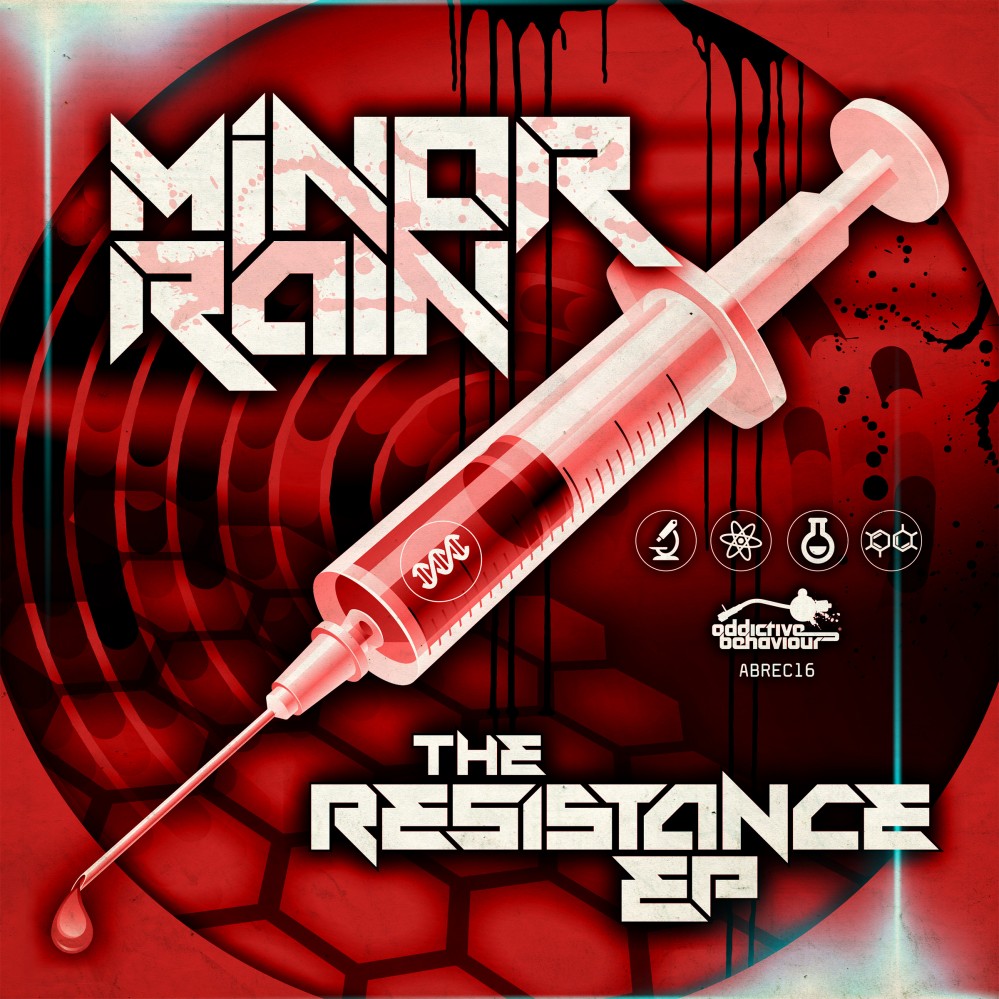 In December 2013 Addictive Behaviour launched off into the vast expanse of the underground D&B scene with a various artist album consisting of some formidable talent. Minor Rain was one of those artists, and now more than 2 years on from that pivotal moment Minor Rain fires up the Addictive engines once more for his third outing on the label.

Opening this release, a glassy, plucky and precarious intro with airy and angelic vocal pads battling a rising structure of edgy drums for space. Suddenly we’re thrown in the deep end as a seriously sinister bass cuts in, expertly chopped and filtered in the lead up to a drop that will leave you utterly poleaxed. Chucked around like a skinny kid in a mosh pit by some ferocious, gnarly stabs accompanied by a vicious snare this one twists and turns like an out-of-control roller coaster. Signature Minor Rain production throughout this track make for a fantastic display of well thought out engineering. Constantly moving and changing and captivating to the end.

This little number is an entirely different affair. The intro opens with an electronic groove and funkiness to it before introducing us to a reverberating, some might say “Crazy” vocal. This rises and gathers pace alongside some carefully placed kicks and snares, before throwing you with inertia to the back of your seat as the fast paced rolling bassline and more shaky synths drop in just to mess with your head some more. The insanity continues in typical Minor Rain fashion with sweeping synths, choppy subs and that crazy vocal creeping in again, amalgamating for a stunning composition that is difficult to define within a genre.

To top off the bill for this three-headed monster, another solo effort from the Slovakian producer. Hyrda opens with a sharp snare and stirring build up . . . Then out of the depths looms a thick and thudding kick drum announcing a rise to a drop that you will feel the g-force of instantly. A heavily processed and filtered pumping bass rises up and down continually through this tune like the crest of a wave before crashing into an absurd break of fragmented drums. This one is not for the faint-hearted and once again showcases a colossal amount of creativity and dedication in Minor Rain, who is truly pushing the boundaries of modern music.