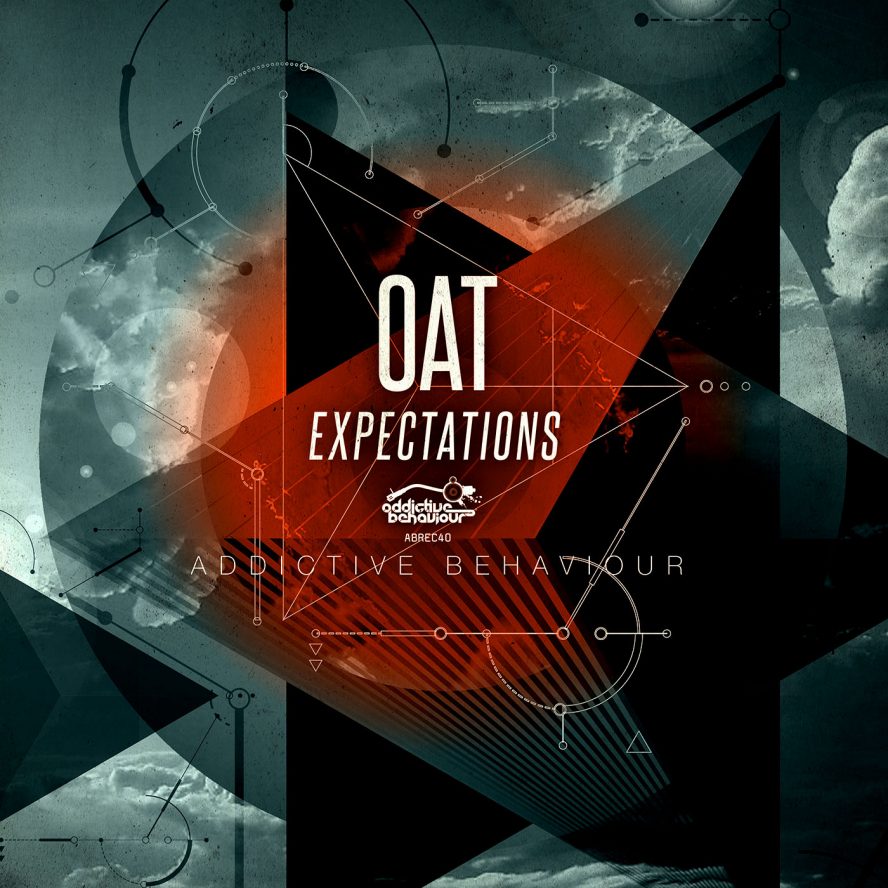 To round up Addictive Behaviour’s fifth year since inception the imprint will be signing out of 2019 with a three track release that sums up just what the label is all about. This, their 40th release, comes from none other than OaT, the German production mastermind who is rapidly rising through the producer ranks and is hotly tipped to become a staple part of the new era of D&B. This second EP with Addictive once again shows OaT’s incredible diversity and ability to create a brand new sound across each of these three very unique cuts.

From the opening, heart pounding and metal sounding reese bass that characterizes ‘Expectations’ you can tell that OaT bleeds his heart and soul into every element of his productions. This title track from the release is loaded with some serious weight that will resonate in your eardrums for years to come. Then flipping the release on its head, the mysteriously titled ‘144k’ edges in a contrasting vibe of mechanical rolling beats tinged with moody distant vocal stabs, showboating OaTs ingenious production subtleties. And last but not least is ‘Conviction’ a track which builds and drops just as the title suggests, picking up the pace again with some tight and techy drums complemented by its warped bass.

Since his debut EP on Addictive OaT has managed to secure releases across a host of outputs and is quickly becoming recognized as a pioneer of new music. Breaking away from the generic cast and bringing a breath of fresh air with each and every production.