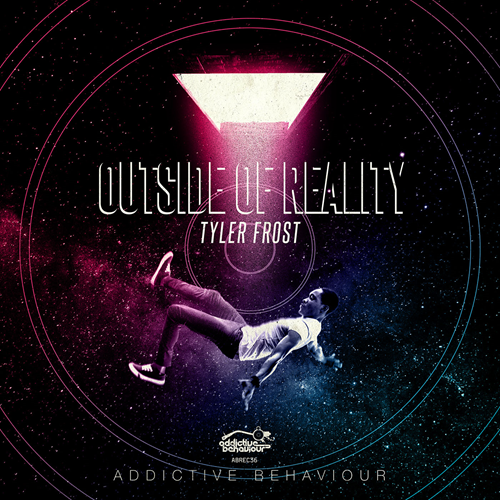 “My passion for music is not just a hobby for me, it is something more, it allows me to fully express my psycho-emotional state, enables me to abstract from the outside world and its cruel realities, it helps to understand my thoughts and feelings.” – Tyler Frost.

A relative newcomer to the scene but a name you may have seen or heard a lot of in recent months after a string of releases firing out on Citate Forms, Drum Army and Skank & Bass. Tyler Frost now makes his debut on Addictive Behaviour with a four track EP that delves into the creative abyss of this expressive producer’s mind and showcases his full arsenal of musical knowledge and technical ability.

Tyler’s interest in producing spawned from the inspirational sounds of electronic music artists including Orbital, The Prodigy and The Chemical Brothers. In 2013 a younger Tyler Frost began his fascinating journey into the unknown realms of sound design, theory and musical landscapes, writing his own material and experimenting with genres. But it wasn’t until 4 years later, using skills acquired over the years of creative wanderings, that he discovered his true self-expression through music in the form of Drum & Bass.

Since then his compositions have evolved release by release and as you will hear from this latest offering, Tyler’s productions speak volumes. He seamlessly glides between ambient sounds to heavy tech fuelled drum breaks, from jungle fused bongos to spaced out atmospherics and floating pad melodies. Tyler Frost has an amazing ability to make some unusual parings sit together perfectly providing not only a unique sound but a technically impressive repertoire of beautifully written music.