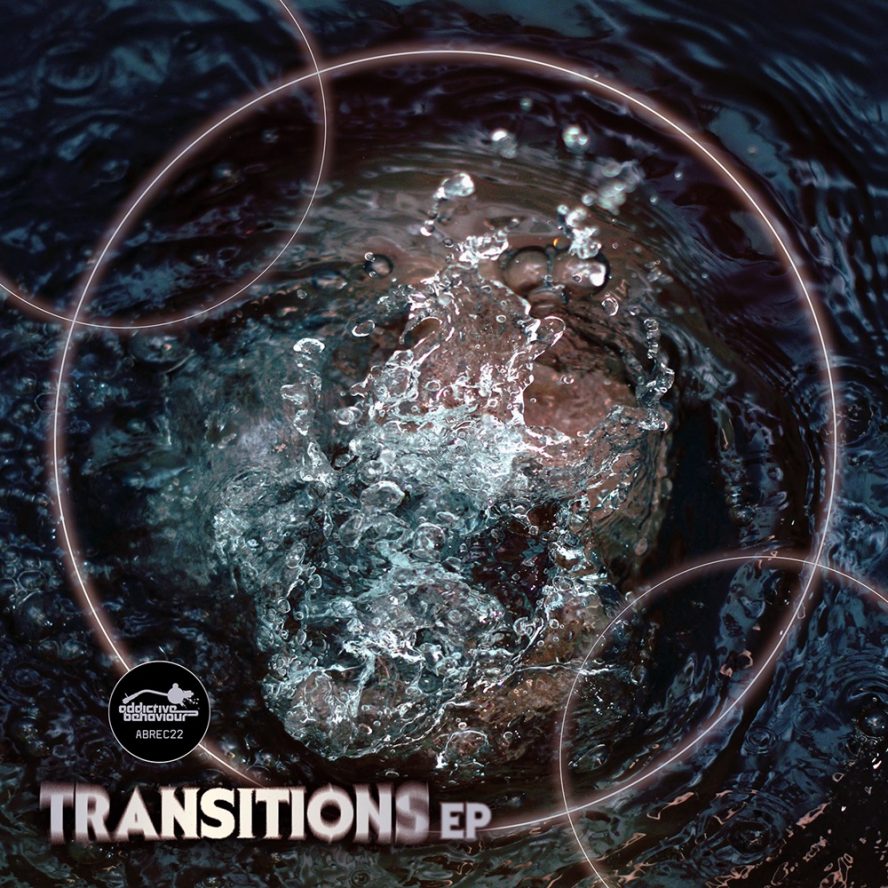 The latest instalment in Addictive’s growing repertoire of carefully crafted EP’s, another various artist venture which sees old favourites joined by several new additions to the label’s evolving roster of talent. Immerse yourself in their sound and take a journey through the Transitions. . .

Opening the release, Addictive regulars Mystic State team up with Third Degree to set the tone with their murky & sinister ‘Under The Shadow’ track. Teasing in with a flickering of hats and airy pads, before a heavily filtered ripping synth emerges from the darkness. Reverberating along with mind blowing modulation alongside intricately placed drum rolls, this track brings character and originality from the Mystic State boys and their friend from South West, Third Degree.

Stepping in to the light next is Sam Binary, a new recruit to the AB team dropping his label debut ‘March of the Mutants’. It drips in slow with the ring of distant glacial sweeps before a metallic jungle beat hammers in. This drum heavy roller gathers pace as it rumbles along, throwing in amens and monstrous growls along with its relentless unforgiving sub bass. Hailing from the D&B hub of Bristol, it’s clear to anyone’s ears that Sam Binary brings huge potential with his solid production.

We’re then introduced to another new member, and new name in general, although this duo are by no means newbies to the scene. Trojan Sound is a collab project that brings together the combined knowledge and production power of label managers, Sam Kalm (Nurtured Beats) and James Draize (Lost Recordings). They hit it off superbly with their debut ‘Return to Dust’ adding a subtle yet powerful bassline roller to the EP that will ring in your head for days.

Finishing off, Austrian based Wingz flies in his addition to the release for his first outing on the label. With previous releases on Flexout and Demand Records and support from the likes of Noisia, Wingz is a producer to look out for. His ‘Faceless’ track rounds up the EP perfectly, continuing the mysterious and sombre themes whilst adding his own touch of creepy tech to the collection. Another solid production, full of layers and a distinctive personality.

The Transitions EP brings together a plethora of talent from across the globe, old and new to the label. Each brings their own unique array of musical sorcery to the mix, whilst still blending together seamlessly. Look out for more from this crew on Addictive!