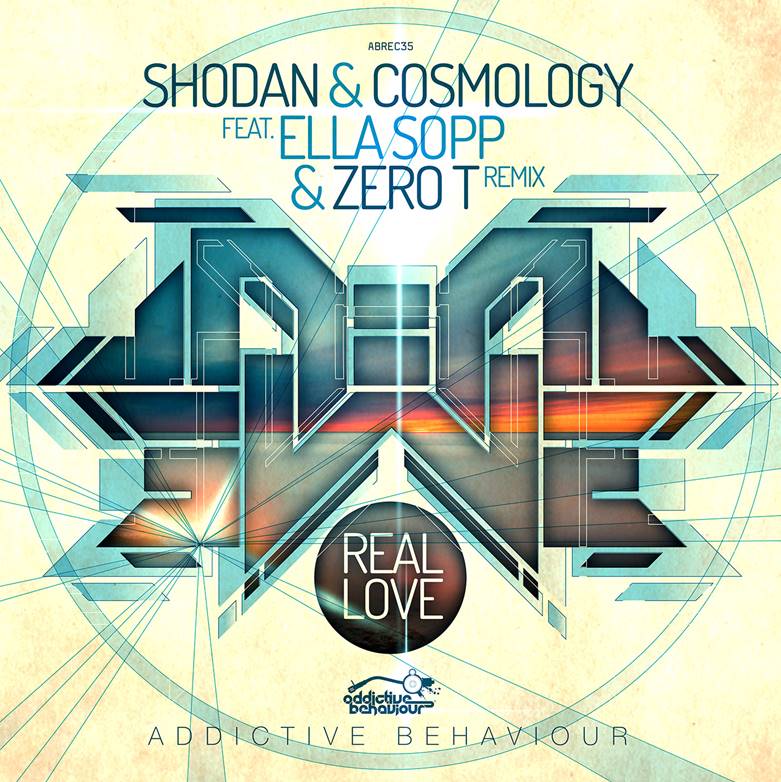 Rarely does a tune come along of a calibre so good that it demands a release of its very own. But, such was the mood evoking production prowess and delectable vocals of ‘Real Love’ that it was enough to inspire Addictive Behaviour to release a three track single based on the initial composition. The first, the original mix, written and produced by drum & bass veterans Shodan & Cosmology featuring the beautiful melodies of Ella Sopp. The second, the VIP, a gritty alternative mix by the collab. And last but by no means least a relick from the mighty Zero T taking things even deeper.

Shodan no stranger to the D&B circuit, has made a recent come back after a few years absence from the scene and his roots as a jungle producer collaborating with the likes of DJ Phantasy and UK Apache. Now returning with a renewed focus on the deeper elements of drum & bass, the past year has seen a reignited passion in Shodan’s music writing. This release celebrates another teaming up with occasional collaboration partner Cosmology, a fellow D&B vet with an interest in the scene since the late 90s, and producing experience spanning over 10 years. To add to their production, the duo enlists the stunning vocal talents of Ella Sopp. Singer & songwriter for numerous genres since 2007 and one that has supported and collaborated with huge acts such as EZ Rollers, Marky, Black Square & Maztek to name just a few.

Between them this artist trio has seen solo releases on a plethora of labels including Goodlooking, Liquid V, Soul Deep, Drum & Bass Arena, Fokuz, Warm Ears, Tesseract and many more. This latest offering on Addictive Behaviour is a testament to the artist’s collective music making experience. Rolling out a beautiful anthem soaked in euphoric vibes but retaining a tinge of sadness. Then flipping it on its head for a VIP that fully showcases the producer’s diversity with this unorthodox merky stepper. And then the icing on the cake, Zero T steps up for his second outing on the Addictive imprint, delivering his unique take of the tune, packed full of emotion as he picks up the pace for the final remix.