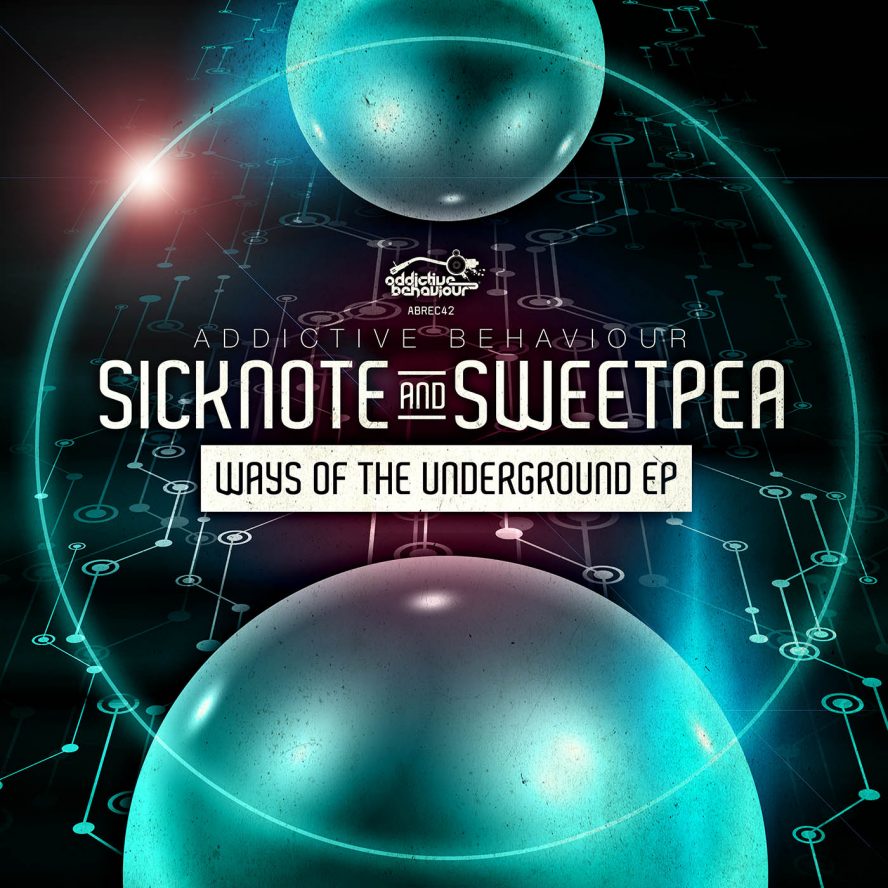 Creeping up from the depths of their subterranean musical minds comes an almighty collab release from two staunch Addictive friends and production partners. Despite being well known for their solo careers, this tag team seem to come together for all things Addictive and are no strangers to the label. They first released their dark & murky ‘Saxxon’ in 2018 as part of the third edition of the label’s Rotation VA series, followed by the rolling metal drums of ‘Frontline’ appearing on the 5 Years of Addictive Behaviour LP. Now Sicknote and Sweetpea return with their first full EP on the output.

The duo themselves personify drum and bass life in general. Lewis (Sicknote), having begun his career at the notorious vinyl distributors SRD, has always held a huge passion for all things wax and in recent months begun a new venture launching his own record store as well as a dub plate cutting service in South East London. As you can imagine Lewis is also a fan of analogue hardware and you can hear the warmth and power of the classic synthesizers used in his solid production.

Natasha (Sweetpea) has put the hard graft into the underground DnB circuit for over 10 years. A regular radio host starting on Origin UK followed by a solid 7 years on the infamous RudeFM. Her reputation is well deserved and has seen her grace the turntables at nights such as Metalheadz, Hospitality, Renegade Hardware, Innersoul, Launch, Rupture and many more. And as her skills behind the decks have progressed so too have her productions with releases firing out on numerous labels including Hospital, Dispatch, Med School, Skeleton and of course Addictive Behaviour.

Featured within this offering are four firing tracks packed full of building atmospherics, gritty drops and classic vibes that only a true junglist could have dreamt up. When Sicknote and Sweetpea share their wealth of experience in the studio the result is pure class and perfectly fitting for their aptly named Ways of The Underground EP.